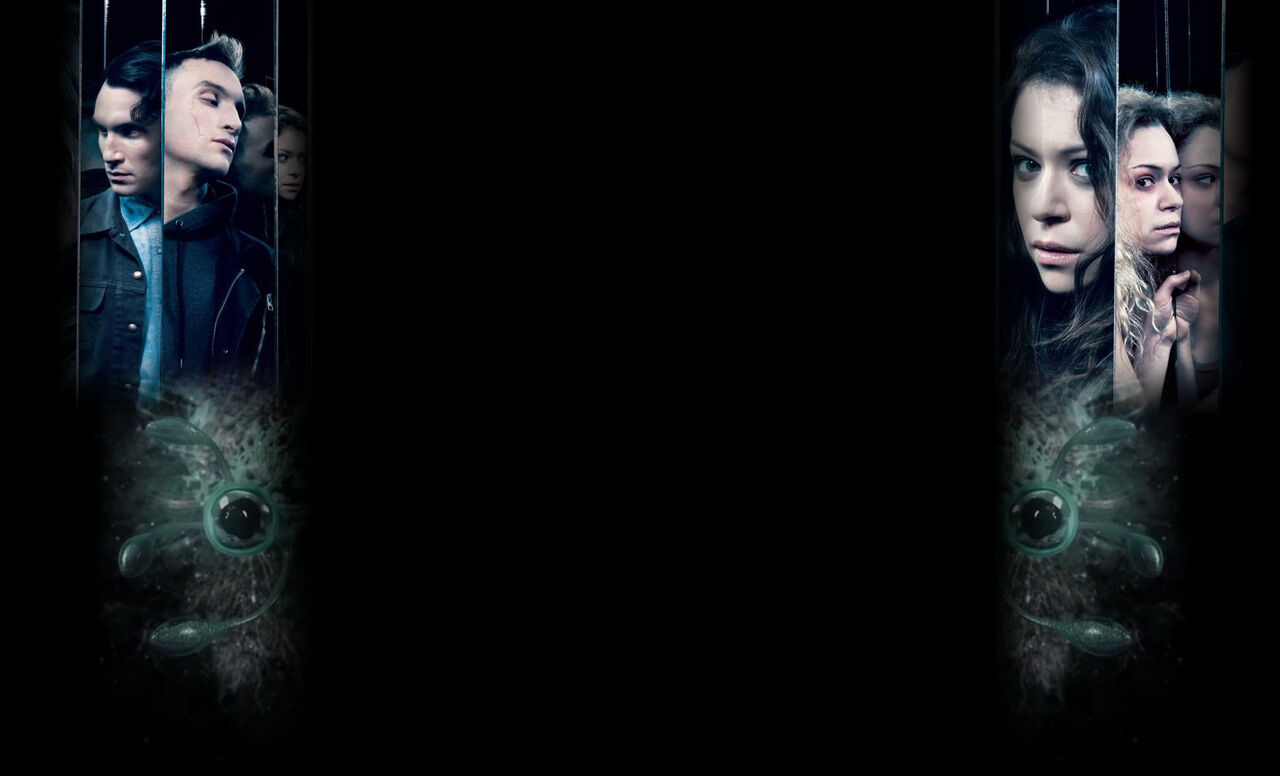 Kira is the biological child of Sarah Manning. Yet we observe that at least two other clones (Beth Childs & Alison Hendrix) are unable to have children. The emphasis on this in two episodes, in regards to two different clones, now makes me suspicious that the references were not placed there by happenstance.

As a side note, I don't want to get caught up on the order in which the clones were born, because I don't think this has much probative value. Presumably, they were all born around late March/early April of 1984. All the clones for whom we have information are born between March 10, 1984 and April 4, 1984, and 25 days seems like normal variance considering that some of the clones could have been premature and others overdue. I don't think birthdays will tell us anything.

Yup. The birth mom mentioned the scientist couple to whom she was supposed to give up her twins. The short haired lady might be part of this couple. She would not be a clone, but rather the genetic source of the clones. If so, she's much older... and therefore a character who offers Tatiana Maslany a whole new canvas for what is already an amazing set of performances.

It was expressed in last nights episode that the only two known clones that got away were Helena and Sarah because they are Twins. Their "Mother" found out about them being experiments per say and ran off to deliever the children.

So both Sarah and Helena are just clones but we also learned from Cosima that all their Dna strands are techinally different, So somehow while they were creating the DNA for Sarah and Helana they could have screwed up and made them able to have children unlike the others.

It sounds like to me yes they are all clones but they are geonetically engioneered clones there may not have been an origional they all may have just been fabricated genes. To make what they thought would be the "Perfect" girl.

Clones are usually made using mature genetic material. Since all the clones were born within a month or so of one another, I don't see it as likely that *any of them are the originals. I do, however, notice a strong resemblance between Mrs. S and Sarah, and I think it's entirely possible that she may be the original. Particularly since the finale revealed that she was involved in the original team AND since she fled with Sarah and (possibly) now Kira, too.

I also have to wonder if Sarah is able to have children because she was not intentionally created - because she was a twin of a clone rather than a clone (if that makes sense).

(edited by A Fandom user)
0
Quote:
What if Sarah and Helena are both originals? Identical twins that were used for cloning material? I only say this because Kira said Helena was "just like her mom" where as Allison only looked like Sarah. Although that could just be semantics.

Another question: If Sarah is NOT the original and only a clone, then who was HER monitor? Vic the dick?!

(edited by A Fandom user)
2

I think that Sarah's fertility was left intact because they were unable to find her.  I suspect that the other clones were sterilized at some point (when the creepy people come in at night and do medical stuff to the clones).

If Sarah and Helena are twins, doesn't that make them the originals? Helena is the twin sister of Sarah, so if Sarah was the original it makes Helena the original too and vice versa. Allison and Beth are revealed to be infertile yet Sarah was able to have a child, Kira, but it is possible that the clones were made infertile by their scientists for some unsolved reason but not Sarah and Helena because they were taken out of the system, as their mother, Amelia, gave birth to them in hiding meaning they couldn't be tracked or monitored, and were never made infertile.

All the clones are born a few days separate from eachother within the same month, and as we've seen Cosima's file of the other clones who've died before the events of the show occured, it shows none of them have any children, excluding Allison's adopted children as they were not biologically related to her. All of the clones are at an age in which they can raise children, even if the other clones chose not to have kids in their lifetime or adopt, Sarah was the only clone with a biologically related child.

Helena is most likely capable of carrying a child, unless her religious captives have of course made her infertile.

I don't think Sarah's the original. I believe the original must be far older than all the clones!  I think Sarah is "off the radar" because she's a twin.  The Powers That Be didn't plan for their original implant material to split in two and have no idea what effect that might have - identical twins still have some differences. I believe her DNA must have diverged. Although we are unlikely to find out, it might be that Helena was also fertile.  And I am expecting Sarah to NOT have the "patent" notice in her DNA.  I have no proof of this!  :-)

Helena said she grew up pure in a convent in Ukraine and with her demonstrated convictions I think she may have died a virgin.

I'm leaning to the theory that the other clones were sterilized in the nightly exams.

Sarah is tagged and born within a month of the rest so she's not the original. So many good hypothesis on who or multiple who's are the original that I can't choose. I do like the idea of them compiling an admixture of various people's DNA (the whole research team?) into the clones.

It's hard to believe they succeeded to clone humans in 1984 because the original Mac was just being sold along with the Commodore 64 and the Cray Super computers (cost $33 million) were as fast as a 1995 Dell Dimension. It would take 1 MILLION of those Cray II's to calculate a fold in a chromosome strand in a day at a cost of $33 TRILLION. The human Genome Project was just starting in 1984 and wouldn't be completed for decades (and still has a few uncharted regions).

This is a sci-fi show and for them to have cloned humans in 1984 I'm thinking they had alien help. Maybe a global conspiracy that would need the resources of the USA, Soviets, Germany, Japan, and other countries with vast hidden sections in their budgets to pull it off.

Let me throw some real world facts into this mix. Monozygotes, the term used for identical siblings, are natures clones. When a zygote is several days (between five to 12 days) during the splitting of cells the zygote will split into two. Sometimes the zygote can split into three or four creating identical triplets or identical quads however this is very, very, very rare but it has happened in the real world. The zygotes will then continue to grow and form into the identical twins HOWEVER sometimes the copy of the original zygote will produce a mirror image rather than an identical copy. Mirror twins are identical twins - monozygotes - but for whatever reason the copy is a mirror image.

Well, if the writers are keeping as much fact interwoven with fiction then it's possible that neither are the originals. In order for identical cloning to work you have to have the original zygote and force it to split over and over which would create the copies. Now the crazy part is how much fiction is in this versus real world stuff. It's being speculated that Maggie's genetic material, along with others, were contributed to create the original zygote. This is possible in real world genetic cloning as it requires a donor egg to have it's genetic DNA wiped and implanted with the genetic coding from a different source. A single "original" zygote would then be created and then forced to split over and over and over creating "copies" all resulting in identical "copies" to be made. It's possible that the writers are going to make Sarah and Helena the "original" zygote - the first zygote which was split into the copies. All of the zygotes - including the original - were implanted at around the same time (or within days of each other). Because Sarah and Helena are identical twins they could have been from the "original" zygote which the scientists implanted and didn't anticipate that it would split into twins. Since Rachel did say the original was healthy my guess is that Sarah stems from the original zygote.