"Guillotines Decide" is the eighth episode of the fifth season of Orphan Black that aired on July 29, 2017. It is also the forty-eighth episode overall.

Mrs. S orders the sisters to celebrate Felix's art opening; Sarah remains on edge with a nagging suspicion that S is hiding something.

Rachel has hazy, pain-filled memories of dragging herself through Dyad, her eye gone and blood poured down her; of getting to an elevator; a doctor, filling and suturing the socket. She wakes up in her hotel bedroom, and Ferdinand is there.

At Mrs. S's, everyone wakes. Charlotte arrives, she and Kira will be going with Art to stay with his ex-wife, they're surprised, there are no Neolution guards watching the house, Art's Neolution spy, Maddy Enger, is gone too. They wonder if Rachel told the Neolution board about P. T.

Cosima and Delphine are in bed in Cosima's room in the lair under the comic book store, and Cosima is amorous but Delphine is distracted. She's heard of plans in many countries, about to require millions of citizens to submit DNA samples, and Neolution is behind it, she just doesn't know why.

A video call between Sarah and all of her friends allows them to relax, it looks like the pressure from Neolution is off. Felix is opening his art show tomorrow (it looks like he's been painting and remodeling his loft/studio for weeks), everyone should go.

At Helena's convent, Gracie says she's lost her family, Mark died two weeks ago (we viewers know he's alive and on the island), so she has nowhere to go. Helena asks how Gracie found her, and she says Helena talked about Sister Irina, at which Helena looks suspicious. But when Gracie offers to leave, Helena says she should stay, so she still has family in Helena's babies.

Alison and Donnie are helping Felix set up the art show, and Felix says no, the clones can't be here, but Alison says he needs his sisters. Felix groans.

Sarah and Siobhan have been looking over the financial data that Felix and Adele obtained, and point to one Neolution board member, Hashem Al-Khatib, who seems to be the money man. They aren't real sure Neolution isn't up to something, so Sarah will go to the art showing and watch for trouble. Siobhan has another errand first.

At the lab, Scott and Cosima have developed 144 doses of the Leda cure, and they have the cells to make perhaps twice that. They head to the gallery.

At a hotel, Delphine and Siobhan meet, and clearly are up to something they don't want Sarah to know about. They go up to Rachel's room at the hotel, where Ferdinand is also staying. Delphine has a pile of "evidence" and wants Rachel to help prove it. They know Al-Khatib is bribing government to provide DNA, and it's Neolution's plan to market wonderful genetic therapy to the one percent, and Virginia Coady will sterilize the rest. They hope Rachel can get them some solid proof of any of this.

Felix opens the art show, the loft is totally transformed into a white-themed art gallery, and most of the artwork is portraits of his sisters, so it looks like he had one model, with different hairstyles and clothing. He allows Alison to stay (she looks like her portrait, after all), introducing her as "Sarah Manning."

At the convent, Helena steps out of her room to do some cleaning. As she does so, Gracie calls Mark on her cell phone, but says "no" when he asks if she's found Helena. She agrees to keep looking at convents. After she hangs up, Virginia Coady and Mark wonder if Gracie is lying.

At the art opening, there is a gallery owner Felix wants to impress, and Alison suggests making a splash. They'll do a clone swap, act "as if" Felix's one model came in, introduced herself, went out and changed clothes, and repeated the process. So they present Alison, like her portrait, and she goes out in the hall. Then Cosima arrives, and is presented to the gallery (again, resembling her portrait).

Ferdinand and Rachel discuss Siobhan's data, and Rachel pulls something from her pendant, a memory stick that she says has all the incriminating inside data that they need. She presents the idea of going to the board and asking for true freedom and maybe some money. She could just make the information public, but no, she presses the memory stick into Ferdinand's hand and sends him off to the board.

At Felix's, Delphine has arrived, and she and Cosima wonder what real "freedom" could mean for them. Cosima leaves, and Sarah comes in and is introduced. The big gallery owner muses whether this "performance art" might work in his big space. Delphine gets a text: "We're in business", and leaves, but Art and Sarah notice.

Helena comes to Gracie at the convent, and Gracie's call to Mark was recorded. Helena says they will trace the phone call, so they have to leave, fast.

The Neolution board meets, and Ferdinand appears in Rachel's place ("she has a headache"). There are some empty chairs, Dr. Van Lier says there have been some suicides, but the board is in agreement that P. T. Westmorland no longer guides them. Ferdinand starts his demands for concessions from the board, and opens the flash drive to show the incriminating data.... But it seems the drive is blank.

Back at the hotel, Rachel tells Siobhan that Ferdinand won't be coming back, it's a pity, he was the only one who really loved Rachel, but he wasn't trustworthy.

The board meeting erupts in gunfire, and Ferdinand gets away.

At the convent, Helena and Gracie are packing, when Maddy Enger and gunmen arrive. They kill Gracie and take Helena.

Siobhan gets to Felix's, and Sarah complains, she has put two and two together, and realizes that Siobhan has done a deal with Ferdinand. Siobhan says he was the key to Rachel, and they needed her, but now they have the information they need on the bribes, the evil experiments, all ready to expose.

At the lair, Cosima and Delphine look over the data, and agree it's all there, all set to send to journalists, and to regulatory committees in all the affected countries. They push the button to send it.

Ferdinand comes back to Rachel in their hotel room, and complains that she send him to a death trap. Rachel really wanted to just expose Neolution, get clear of them, and go live normal lives, but he wanted to strip Neolution for all they could grab. He tries to strangle her (with some suggestion of their previous violent sex play), but he can't finish it, and leaves. Rachel calls Siobhan to warn her, he's coming.

Siobhan comes home and finds Ferdinand there. They exchange deadly banter; what he wants is all of the real data, and she says it's already been broadcast to the public. They both shoot, and they both die. 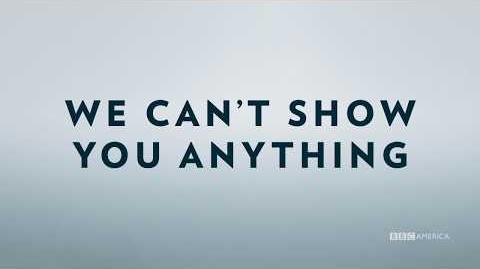 Retrieved from "https://orphanblack.fandom.com/wiki/Guillotines_Decide?oldid=24660"
Community content is available under CC-BY-SA unless otherwise noted.